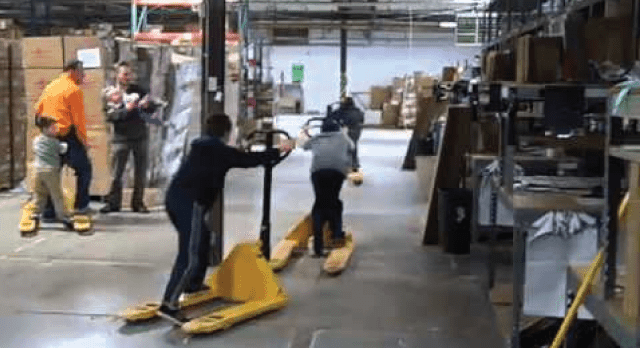 The Consequences of Group Think

Yes, we said it: Forklift Racetrack!

It's not something you would ever hear about in blogs, magazines, or the evening news (hopefully not). Why is that? Because not only does it sound unbelievably dangerous – it is. Unfortunately one warehousing company found itself the venue for said Racetrack when it allowed group think to take over its employee culture.

What’s In a Racetrack?

Just a few short years ago, TalentClick Co-Founder, Stephen Race, spoke with a worker who recently left the company about some of the more interesting and unusual bits of his work experience there. The most alarming story was that of the Forklift Racetrack.

Evidently, workers at this company were frequently bored and sought exciting things to occupy their time. Driven by some of the more impulsive and risk-taking workers, they came up with the idea to create a racetrack from pallets, boxes, and more around their warehouse. Inspired by their new creation, they thought that a forklift was the most suitable vehicle in which to drive the newly minted track.

Not being content with just going around in circles, the more competitive members of the crew decided to bring in a stopwatch and begin time trials (i.e. seeing who could go around the track the fastest).

Are you cringing yet? Just wait.

Just a Cog in the Wheel

The scariest part of this story is that the worker Stephen interviewed admitted that this competition had started well before he did and was still going on past his last day. It became an integral part of their culture and as a group, the workers relegated their own personal levels of risk tolerance to that of the group. For those who don't know, "Risk Tolerance", as noted by ExxonMobil's Dave Fennell, is the ability for a person to:

Statistically speaking, there is an extremely high likelihood that many of the workers and managers knew there was something wrong, but they justified their actions in order to fit in with the culture. Not only was management aware of the game, but they would encourage it. That's what made this so dangerous an activity.

According to Stephen, if a manager doesn't stop unsafe actions before they become part of the culture, norms develop making it spread to other, newer workers and exponentially increasing the risk of incident. When probed as to why Stephen feels that otherwise rational people would agree to this, he says, "People get sucked in due to charismatic people. They tend to want to fit in and in unfortunate cases like this one, it affected the boss too." 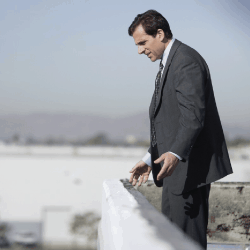 Moving beyond the workers on the floor, who may view the Forklift Racetrack as a way to stimulate their competitive side and achieve some level of social validation from their peers, managers who have a natural desire to be liked are the most dangerous of all. These types of managers may be primarily concerned with keeping the team happy, and will therefore overlook blatantly dangerous activity while shirking their responsibilities as the boss to keep their workers safe.

If managers want to break the mold and change unsafe behaviors, Stephen recommends playing on the motivation for starting the Forklift Racetrack in the first place – boredom. There are a number of creative substitutes for racing, from better scheduling to reduce the amount of downtime they may face, to improving work assignments so there is always something to do, or even encouraging the workers to take a break and play soccer in a field near the warehouse when they have some spare time. As long as the manager clearly educates the workers on the consequences for their actions and actively helps them find a solution to their boredom, chances of compliance significantly increase.

As a general rule, it's always better to think of your workers as individual people with unique motivations. Unfortunately, when a few charismatic individuals affect group culture individuals can get lost and need the creativity and discipline of a strong leader to put them back on track. In the case of the Forklift Racetrack, this particular warehouse desperately needs a leader to help prevent a serious incident by engaging the workers in activities that will keep them alert and on task.